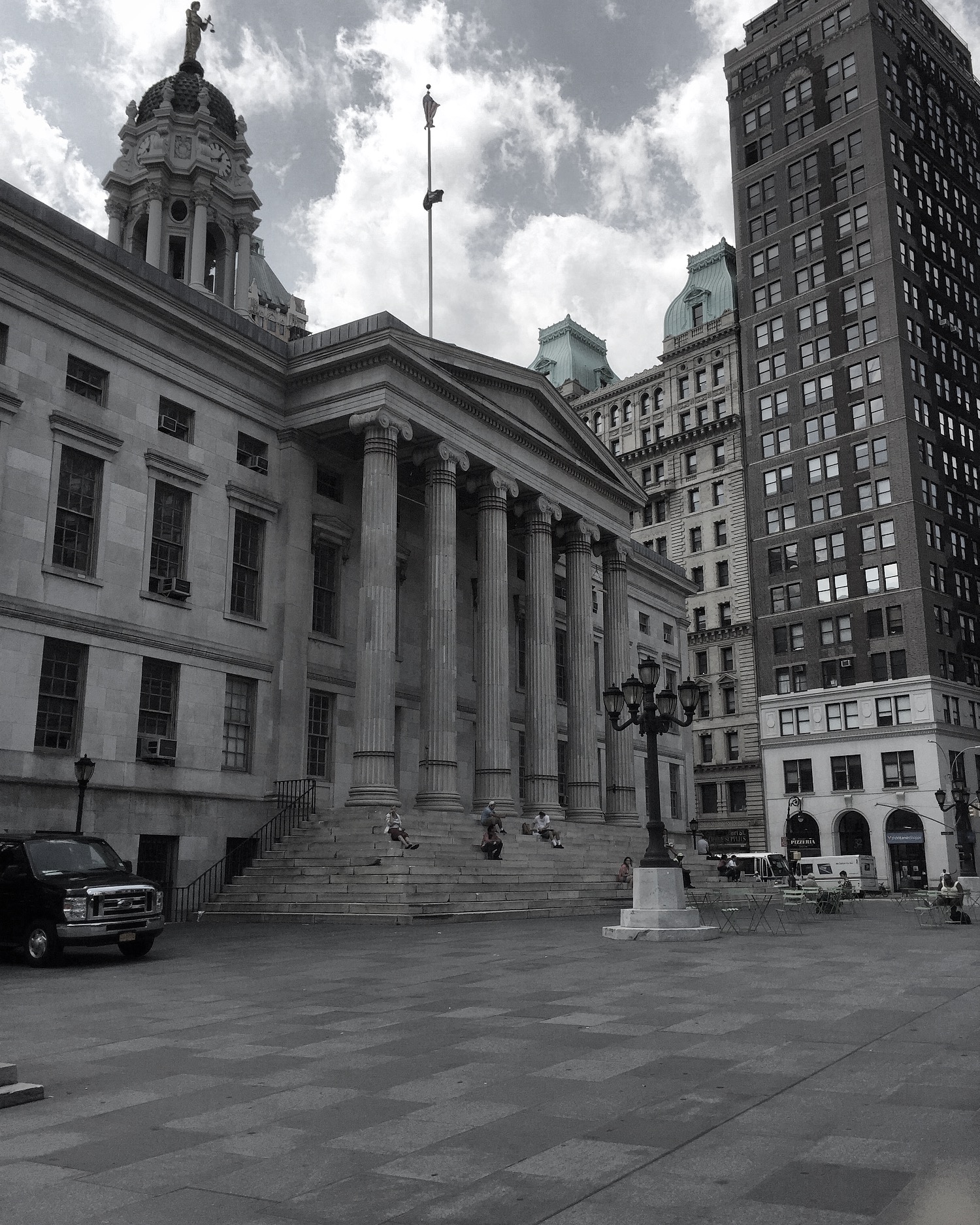 Although I was born in the Bronx, I moved to Brooklyn at the age of four. I grew up in East New York, right down the block from Sunnydale Farms. I went to PS 260 on Williams Avenue, then off to George Gershwin Junior High on Van Siclen Avenue and, finally, made my way to George Westinghouse Vocational & Technical High School, located right between the Brooklyn and Manhattan Bridges on Tillary Street. I have a thing for Georges… and Brooklyn. In 1988, I went off to college at Stony Brook University, just a LIRR train ride from my stomping grounds. After obtaining my Master’s degree – and a baby (long story for another post) – I returned to Brooklyn to teach, eventually landing a position at my former high school. My baby-daddy-soon-to-be-husband and I first made Albany Avenue our home. After getting tired of grabbing my daughter and hunkering down in the bathtub to avoid stray bullets, we moved to Butler Place and then, a year later, around the corner to St. John’s Place. I loved having the Brooklyn Museum, Botanical Gardens and Prospect Park right there in my backyard.

And that’s when we first saw the signs of change. Not that we knew it then. All we knew was that we could no longer afford to live in Brooklyn. This was back in 1998, when the rents in the Prospect Park section of Brooklyn were starting to creep into the $2,000 range. Yes, in 1998. Eventually, we made our way to Queens, then finally settling out in Long Island, where my husband and I had first met. We’ve been there going on 17 years now and, not once, when asked where we’re from, have we stated Long Island. Ah, hell no!

I’m a Brooklyn girl. Who I am has been influenced by where I’m from. Having watched my neighborhood almost burned to the ground during the 1977 blackouts has imprinted on my sensibilities. Having junkies walk up and down the sweltering summer streets trying to sell me bed sheets minus the sheets; cases of beer filled with water; empty TV, radio, and any slew of other electronic boxes, along with half a roll of salami, has taught me to laugh in the face of despair.

Of late, my husband and I have noticed a trend. We’ve met Americans here in Paris that, when asked where they’re from, immediately respond New York. When we press further and state we were both born and bred in the N.Y.C., they quickly change their tune. “Oh, I’m from NJ, but close enough.” Or “I just moved to Brooklyn from Seattle.” Or LA, or Chicago, or Maryland, or Maine, or Boston, or wherever these new transplants are flocking from. I understand change is inevitable. I guess that’s why I spend so much time in Paris. Yet, you’d never, ever, EVER hear me state that I’m from Paris. I’m from Brooklyn, despite no longer recognizing the streets that simultaneously nourished and starved my voice.

Fulton Street, with it’s dollar slices (pizza), dripping with oil, covered in hot pepper flakes and garlic powder. VIMs, where I had to check my bags along with all the other mamas and aunties who were treated like thieves, despite spending their hard-earned dollars on second-quality digs. And Albee Square Mall – a poor man’s Kings Plaza – where my best friend and I would go Christmas shopping for little knick-knacks, though we’d make our way down to the food court to scope out the fly fellas dressed in professionally-creased jeans, Kangols and a gold-front smile. That Fulton Street no longer exists.

Yet, one could go way back, before my time, to that same street lined with different storefronts and people, whose skin tones and accents were missing the melanin and patois reminiscent of my old-school Brooklyn. One might also argue that neighborhoods are always being flipped as new waves of immigrants flow in. Yet, this new wave differs in the fact that most are transplanting with a significant amount of wealth that is changing the flavor and feel of a city once known for its diversity. Let’s not get it twisted; diversity does not mean equality. NYC – as I imagine most big cities – has always been segregated by race and economics, as well as a number of other “gatekeeper” markers. I grew up in one of the poorest and most dangerous neighborhoods in Brooklyn, which has only recently seen the gentrification that has swept other BK neighborhoods. Why must a people get displaced in order for change and growth to occur? Of course, this is a rhetorical question.

The irony is I, too, am probably considered a gentrifier. I’ve moved into a neighborhood that has recently been voted the most desirable place to live in Paris. For the record, that is not why I live here. I’ve been coming back to this neighborhood for years – since 2014, to be exact – spending months and months getting to know my-home-away-from-home. I’ve been a resident here now for ten months. I mostly like it because of its energy and vibe. Though I suspect many have said the same thing about the Brooklyn neighbors to which they’ve migrated. At times, there’s a tinge of guilt I feel for interloping. Who knows? Maybe I also believe that turn-around is fair play. Or, quite possibly, I feel at home here in Paris, a neighborhood where the butcher waves to me each time I pass, despite my eating a vegan diet. A neighborhood where I have been invited to break bread and/or sip wine over lengthy conversations of politics and life and, of lately, old-school Hip-Hop. A neighborhood populated with so many bookstores, cinemas and educational institutions, allowing my mind its continuous stream of nourishment. A neighborhood and people which have taken me in, while encouraging my French language development – as well as my voice.

Brooklyn will always be home, no matter where I lay my hat. For my memories of Brooklyn are forever embedded into the fabric of my soul and being.