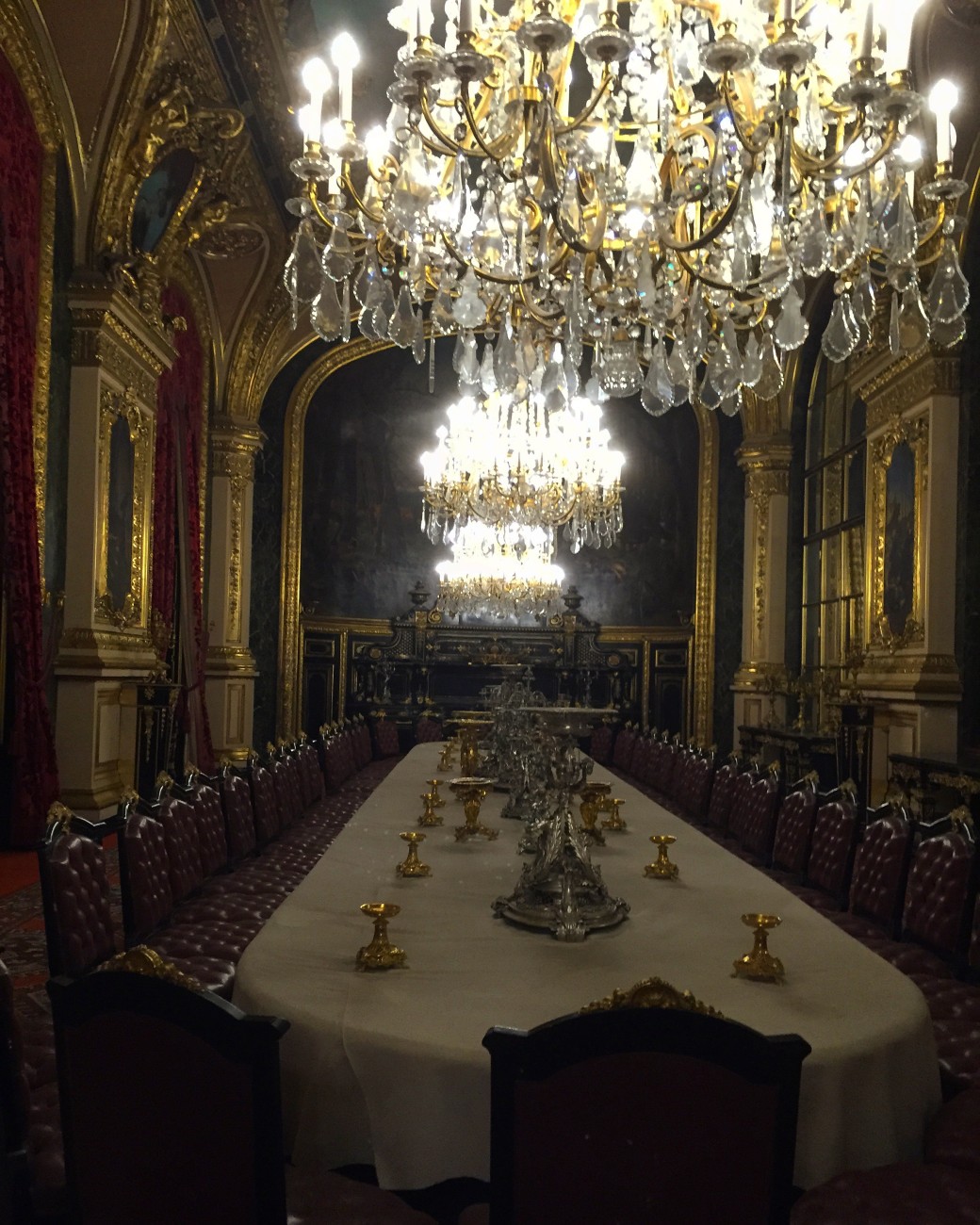 I’ve been to the Louvre a total of four times. Three times more than I planned. Not that I’m a self-described Philistine; I just don’t like crowds. I immensely enjoy talking with people one-on-one, or in small gatherings, but I find hordes of people to be just plain, well, rude. I also find it quite difficult to linger within a crowded space. While I’ve learned to be alone among a sea of people, I’ve yet to master the ability to completely detach. I find myself invested in the people rather than the setting. The way a mother desperately tries to explain Flemish Art to her disinterested teenager, or a husband and wife argue about the origins of Etruscan Antiques – a veiled, passive-aggressive attempt to settle an earlier argument about who’s turn it was to pay the cable bill – or two lovers who impersonate unattached, single disciples of Islamic Art as they await the announcement of the museum’s closing, which will send them back to their respective spouses. Yes, I’ll admit, museums are great for people watching, as with most crowded spaces, but too much of a good thing is just too much. 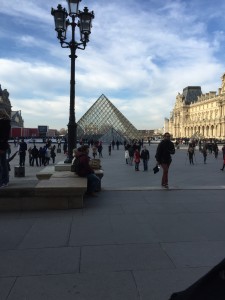 It wasn’t until I learned about the Wednesday and Friday night visiting hours did I decide to give the Louvre a try. Friday nights are best. Some evenings I’d have an entire section to myself. It was a bit creepy in halls where dim lighting and massive sculptures loom over you, and being left alone in the Medieval Louvre will definitely have you looking over your shoulders. Still, I prefer the ability to linger at a sculpture or artifact and let my mind recreate images and stories unknown to the deepest recesses of my memories. I’m particularly drawn to the Apartments of Napoleon III, located on the 1st floor of the Richelieu wing. 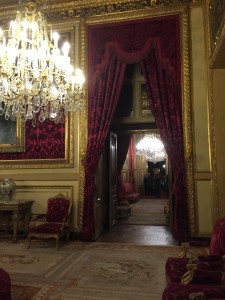 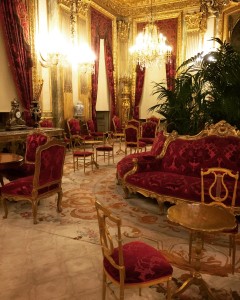 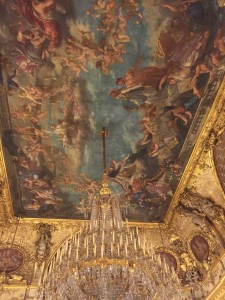 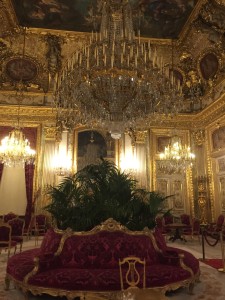 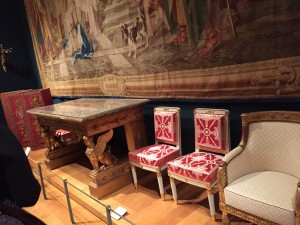 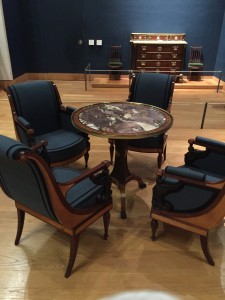 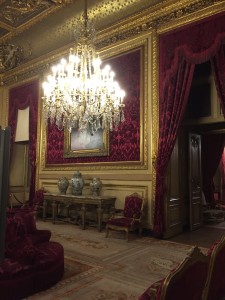 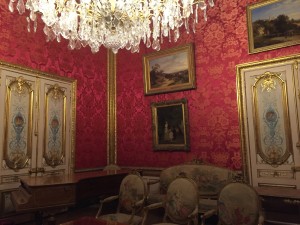 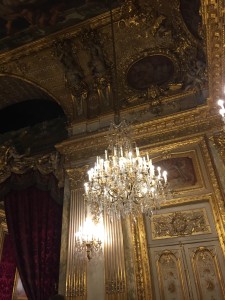 The plush, velvet curtains, opulent chandeliers and ornate French Aubusson rugs invite you to roam the living spaces of those who were obscenely wealthy and powerful. I’ve never been one to covet the wealth of others. Tangibility eludes me. I crave more of the abstract. The feelings and emotions brought upon by community. Yeah, yeah, I’m a walking contradiction, but aren’t we all?

It is for that reason, my obsession with community, that I am drawn to one particular spot in the Louvre. 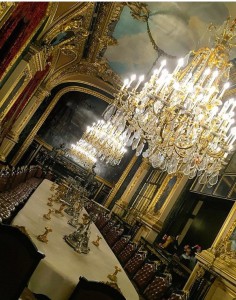 This dining room seats 46. Forty-six! The contradictions and paradoxes this room holds is ripe for exploration. The kind of exploring writers love to do. Not only do I imagine the people seated around this massive table, and the menu which must satisfy an array of palates, but I, too, wonder about those who must use skill, and talent, and care, and patience, along with putting aside anger and resentment and, I’m sure, a whole lot of disgust, in order that the evening’s gathering goes off flawlessly. Yeah, I wonder about them mostly.

I wonder about the backgrounds of those who wait day and night on the royal family that once occupied such a massive palace. In a country which purports not to see race, a country which has no official records documenting racial demographics, I can’t help but to wonder about the countries where these servants might hail from. Which brings me to the second spot I’m most drawn to in the Louvre. 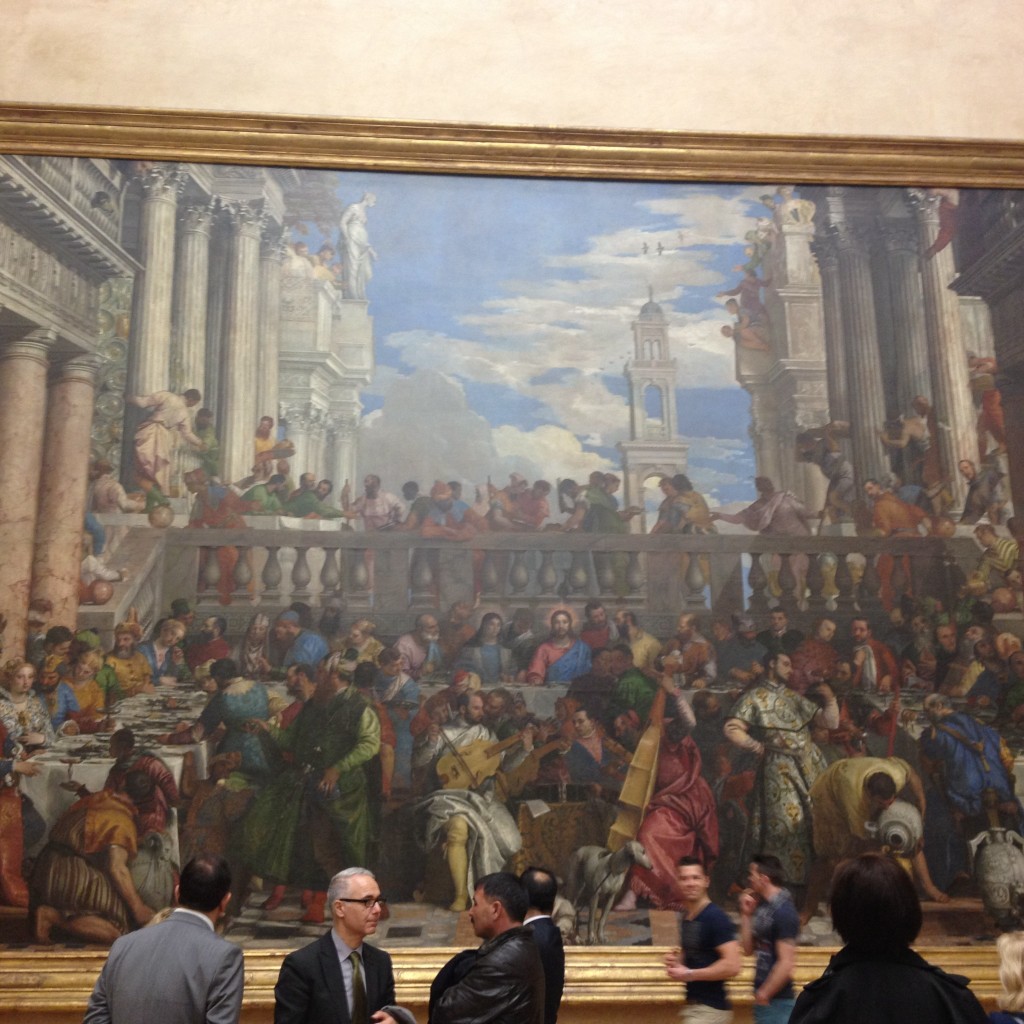 This picture sits directly across from this one. 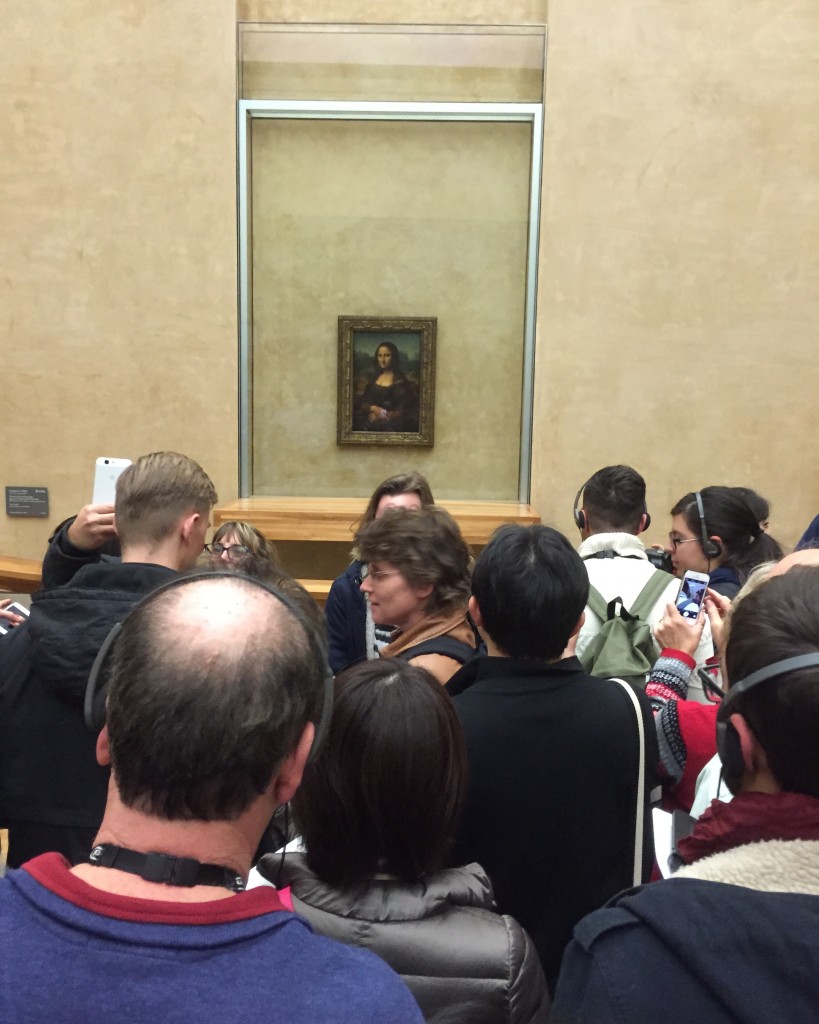 Just to give you a little perspective, in terms of size. 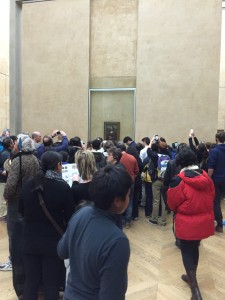 And what I have come to label “We There, But Not”… 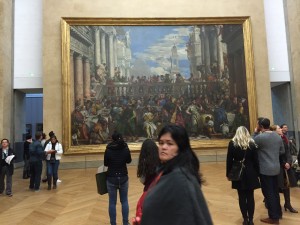 The lady always draws a crowd, even when the Louvre is mostly empty. Across the way, only a few linger. But it is here that I stand, fixated on the lower left corner. A little black boy, holding a goblet, or chalice, or maybe an urn of some sort. The question I ponder: is he serving or merely presenting a gift? Is he an invited guest, a respected traveler, or is he simply an invisible vassal? There is another young black boy atop the balcony. His body language speaks of servitude, as well. There are a few other brown faces scattered throughout the canvas. They call out to me. I always get lost in their untold stories, blocking out the movements and sounds of my world. A world where I, too, stand out in a crowd.

I am fascinated by this painting. I want to understand its content as well as its context. If a picture is worth a thousand words, then this massive rendering must be worth millions. I suppose all I have to do is a bit of research to discover the origins and history of the artist and his work. But my overactive imagination would consider that cheating. I do hope to one day unlock the mysteries of each brush stroke, but, for now, I’ll keep recreating my own forgery.